“Welcome to Your Doom”, Nintendo

With everyone talking about the impending failure that they expect out of Nintendo, I can’t help but think we have been here before. 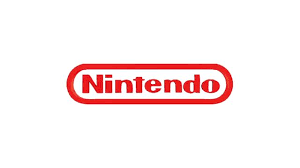 From the days of the Super Nintendo, after a heavily Nintendo dominated 8-bit era, all of the naysayers backed a very hungry Sega Genesis which helped erupt the 16-bit consoles wars. Due to its stellar library, third-party support and superior sound capabilities, many say the SNES was the winner. Next comes the N64 era where Nintendo decided to stick with the aging cartridge technology and gets left behind by many third-party developers who had grander ideas than the limitations imposed on them by Nintendo. Moving on to the Gamecube, Nintendo had the superior firepower but due to third-party developers again not supporting them, the Gamecube squandered. Ironically, with the Wii Nintendo decided to stick with similar hardware specs as the previous generation but focus on gimmicky fun. While this tailored itself to the very fickle and trendy casual market, it did nothing but alienate itself from the third-party developers yet again.

Move on to the Wii-U and there is no surprise that third-parties are not lining up to work with a company that isolated them since the N64 days. Combine that with essentially no advertising and an abundant name confusion and you have a problem. Add in the fact that the fickle casual market has gotten over the Wii fun fad and now has moved on to other things such as easily accessible cell phone games and you have a disaster. But is Nintendo really doomed? It seems like we hear this every generation and somehow Nintendo keeps on trucking. Well let me look at this from a different perspective. What options does Nintendo have? Let’s begin…

1) Don’t forget about the handheld market.

Many have mentioned that last year was a huge year for the 3DS, which was predicted as a dead handheld only a year ago. Now with a very solid library, with many games getting nominated for the 2013 game of the year, the 3DS is a very respectable system. But is it enough to pull Nintendo out of the red?

The Wii U currently lacks the library to draw in the current-gen gamer; it’s a simple as that. Until they can compete with the other systems on a software quality level, Nintendo will always reign 3rd or even 5th fiddle, if you include last generation systems. We all know that their first-party games are ace, but Nintendo must mend those third-party fences if they hope to survive.

3) Wii U is too gimmicky? Not gimmicky enough?

Last generation there was so many garbage addons to systems that it sickens me to think about it. Now, Nintendo decides to add in a new gimmick with the second screen. While this is amazing for people who have multiple family members, TVs aren’t that scarce these days that it is all that necessary.  So is off screen play really as big of a feature as Nintendo makes it out to be? Nope. On the other hand, if Nintendo really wanted to run with this notion, why limit their console? If the console supported portable hard drives with video, photo and music capabilities, then it might make the system essential for the living room. My PS3 is generally used to play Blu Ray discs and hard drive media which makes it an essential piece in my living room. The Wii U? Not so much.  Imagine the Wii U with the ability to play any media file, streamed to the gamepad. That would be awesome!

4) Retro gaming is the new trend.

I have been a gamer since the 80s and have never sold anything that I have had. Fast forward through years of collecting to today and the retro gaming market has exploded! Why doesn’t Nintendo take advantage of this? I can only assume that the company has gotten rid of their old materials, however if they started manufacturing old software for their old hardware, I know it would sell out immediately! If they did special limited releases of games, old or new it could lead to some huge renewed interest in the company and might lead to more interest into their current system. Nintendo could even put out an all-in-one system that plays all of their systems from NES to Wii in one box with slots for everything. I know it is a pipe dream but just imagine the possibilities!

So enough of me rambling, what do you think about this? Hopefully a few of the things I have mentioned at least stick a little, but only time will tell.