In a classic ECW style I’m chanting “Holy Shit, Holy Shit!”, the programming for Jeffrey Wittenhagen’s Black Box Challenge has been officially finished! All of the backers have been pretty amazing as most of you realize that what Sly Dog Studios was doing wasn’t easy. I mean they were making a full NES RPG! Now that it’s been “finished”, there still is a few things that need to happen before everyone will get their game. 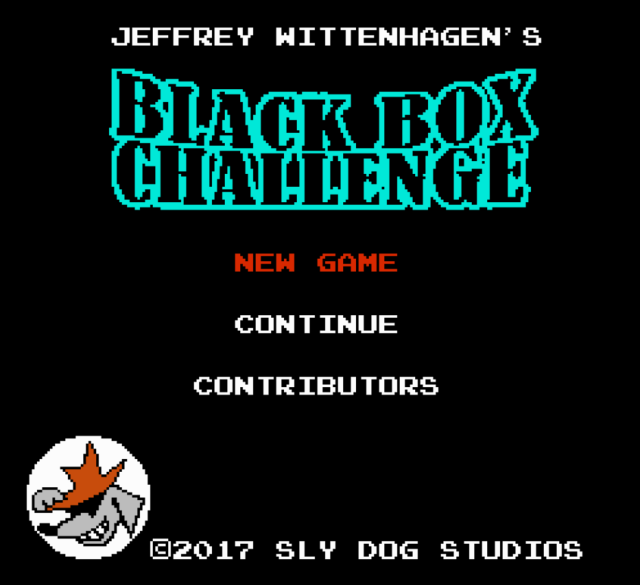 Here is the way ahead:

– The game had to be made with a custom board due to the custom mapper that was used. The board creator has the game and is currently programming it all on boards, that will then be shipped to me in 1-2 weeks.

– Once I get the boards, I have to manually assemble the cartridges, screws and labels. Once I do that I need to test each one to ensure it fires up on an actual NES. That is over a hundred games, so it’ll take me a bit to do.

– I have the boxes, manuals, posters, the Heatman one of a kind box and even the premium wooden boxes (from the Black Friday Sale!). So after all the carts are ready to go then I have to put that all together for the CIB backers.

– There is a regular box and a “black box style limited edition” as well. All of the boxes will be hand numbered by me, since this entire run was supported by the Kickstarter backers so everything is still limited in nature.

– I am going to either seal each boxed game or use a box protector, or maybe both depending on the time. I want this to be as close to an actual NES release as possible and having to actually open it is an amazing experience. The box protector is something that helps protect in the shipping box, plus I use them on all boxes.

– Then it’s time to get together all the items for shipping. Because I am numbering all the boxes, backers will get their number in the order that they backed the project on Kickstarter, starting with the higher tiers and going down. Things like the premium wooden boxes, and those that bought a copy after the campaign, will be getting whatever the proper version is at the lowest number available after the Kickstarter backers are fulfilled.

– Then I get all the items in shipping boxes wrapped in bubble wrap and adding in any bonus items from the Kickstarter, plus those that also don’t have the Complete NES Book (which is only a couple) will also get that with their game.

– After all the items are shipped out, then it’s time to pass out!

Once everything has been finished, I will put out a post here if there are any extra copies of the game left. I did order a specific amount of games, boxes, etc, so I should have at least a few for those of you that missed out!